Knowledge Hub
/
Events
/
The challenges of racing in a desert

The challenges of racing in a desert

Ultra-runner Allie Bailey has taken on some immense challenges in recent years and she tells us how she hydrated while hiking, running and cycling 300km across the harsh conditions of the Namibian Desert as part of her latest adventure...

November 2019 saw the inaugural Race to the Wreck, a 300km journey across the Namibian desert, organised by Rat Race as part of their Bucket List portfolio. I was lucky enough to be one of the “test pilots” on this event last year, and went back this year to hold the hands of 40 members of the public who had decided to take on this epic event.

The Namib Desert is the oldest desert on earth, boasting the highest sand dunes in the world. It's a place of complete beauty and wonder.

The aim of the event is to cross the desert on foot or on foot/bike via the Namib-Naukluft Park, a government-owned sanctuary that isn't open to the public. The crossing runs from east to west, ending at the the Eduard Bohlen, a huge ship wrecked on the coat in 1909. The wreck lies in sand, a monster trapped in time, abandoned, on the skeleton coast.

These are sands that few, if any, humans have ever touched. It's a very, very special place. But it has a dark side. The bushmen of the Namibian interior have called the region "The Land God Made in Anger", while Portuguese sailors once referred to it as "The Gates of Hell".

There's no civilisation for over 300km, there are no roads, no help and no water. Temperatures can easily reach 50°C [122°F].

Ultimately, if you find yourself out here alone, you will die. It all seems very dramatic, but the bodies of multiple dead zebra and oryx soon hammer home the message.

The planning for the event was almost military in its precision. We had to get 40 people across this desert in one piece, happy and healthy, and the key to that as far as I was concerned was hydration.

I knew the sun and dehydration were our biggest enemies, and a lot of the participants had never done anything like this before.

Prior to the event, Jim (CEO of Rat Race) and I did a webinar explaining how important it was to have salts and electrolytes available at all times, but I felt like we needed back-up. I’m a belt and braces type of person.

Having used Precision Fuel & Hydration myself for some time now, I know how good it is and what a difference it makes to me. It’s got me out of some pretty sticky situations, mainly when other people have failed to provide their own hydration solutions.

I knew I would feel more comfortable with Precision Fuel & Hydration electrolytes on board for this trip. A week and 400 PH 500 sachets later, I found myself with a bag full of pouches of white powder at Heathrow...

Race To The Wreck

The event itself runs over five days. The first two days the group split, with half of them on fat bikes riding 200km through sand and dunes, and the runners taking on 100km. The groups meet up at the end of the second day in order to run the final three days together and to reach the wreck.

Camp is in the desert. We rely on our crew to provide shelter, water, food, medical help and sanitation. Everything else the participants must take care of, including hydration. We explained to them we had extra rations and divvied them out amongst the pit stops.

Over the first three days we got through every single sachet. It was testament to how well PH worked and the fact they were the preferred choice of the people taking part.

Make no mistake, this is a tough event. The days are long and very hot - temperatures go between 30 and 45 degrees, and participants are out there for up to 13 hours a day. To take 40 people out to a desert and have no serious casualties was a huge win.

Although there was some friendly competition, most people just took in the majesty of the desert and what they were doing. There was no internet access and that meant that people talked. At night the camp was alive with people sharing stories, really interacting with each other and just enjoying living. That was one of the things that really got me.

The support and camaraderie was amazing, and every one of those people came out of that event with life-long friendships made. Every single person should consider doing something like this. I was intensely proud to be a part of it. 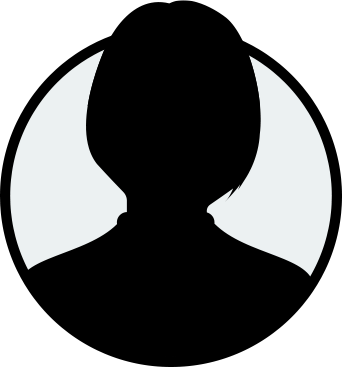 Allie Bailey is a marketing expert who turned her hand to ultra running with great success. Allie has completed more than 80 races, including 100-mile ultras and she set a new course record for the BRC Thames Path 184-mile race as the only female finisher.

Allie is an adventurer who founded Ultra Awesome and she also co-presents The Bad Boy Running podcast.