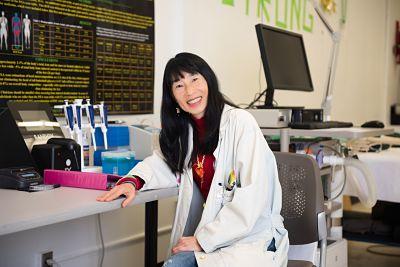 Dr Tamara Hew-Butler is an Exercise Physiologist and Associate Professor of Exercise and Sports Science at Wayne State University in Detroit, Michigan.

She is a Fellow of the American College of Sports Medicine (FACSM) and specializes in both sports medicine and exercise physiology.

Her expertise is in exercise-associated hyponatremia and the endocrine regulation of water and sodium balance.

Dr Hew-Butler is an avid runner and sports fan. She enjoys spending time with her husband, Bill, and pet ducks on their 10-acre hobby farm.

With more than 80 published scientific works to her name, Dr Tamara Hew-Butler is a leading figure in the field of hydration and hyponatremia.