Cart
Choose a free gift when you spend over £100!
Knowledge Hub
/
Events

What does the future hold for the legendary UTMB?

After 18 months of races being cancelled, postponed and reorganised, what a relief it is to see the return of the Ultra-Trail du Mont Blanc. For trail runners, this is our Mecca. This is a pilgrimage that, since it’s conception in 2003, thousands of trail runners from all over the word have made.

But what makes this race so special, why does it attract the biggest names in trail running and what does the future hold for this legendary race?

There have been other races that circumnavigate Mont Blanc, mainly taking the easiest routes, often by road, but few of these events stood the test of time. The success of the UTMB however, is down to the vision of a handful of people, principally Michel and Catherine Poletti, who believed that it was possible to bring together the three countries that surround Mont Blanc [France, Italy and Switzerland] to create a unique race that encapsulated the mountain spirit of adventure and took advantage of the historic trail systems that surround the mountain.

Today, the race takes in 170km of trails with 10,000m of elevation gain. Other races have evolved alongside the main event and it has grown into a true week-long celebration of trail running, with everything from the 15km youth race to the epic 300km adventure of the 'Petite Trotte à Léon'.

It’s hard not to be drawn in by ‘the buzz’, you can feel the nervous excitement just walking the streets of Chamonix (the starting place of the UTMB) on race week.

American runner, Tim Tollefson, who has stood on the start-line of the race four times and placed third twice, tells us why he keeps coming back. “The beauty of circumnavigating Mont Blanc in a single loop via incredible alpine single-tracks, while blending the energy of a big city marathon, creates an event unlike any ultramarathon on the planet. When you add in the most competitive annual women's and men's fields in any trail race and you have the recipe for a top notch indulgence for anyone that has an appetite for adventure.”

From just 700 runners back in 2003, tens of thousands of runners will flock to Chamonix and the surrounding area to participate in one of the races or just to spectate this year.

Such growth has led to trail running purists to ask the question, is UTMB losing its way?

Is UTMB losing its way?

Earlier this year, the UTMB announced a new partnership with the IRONMAN Group. Many in the trail running world reacted negatively to this announcement in the belief that it would take away from the core values of the race and see it as a step too far in the commercialisation of the sport.

Tollefson has a more optimistic opinion, “[the partnership] is exciting for the future of our sport. Opportunities, inclusion, and access are pivotal for developing talent and participation and I hope that with more investment our sport can extend its reaches and bring more runners into the fold. Change is hard, but healthy growth should be good for all involved.”

With this new partnership comes a new entry system into the race. Due to the race’s popularity, there's been a lottery ballot system in place for a number of years. To get your name in the hat for this ballot you need to have completed a certain number of qualifying races that come with associated points. There’s always been a wide and varied network of qualifying races to rack up these points. The new entry system now strongly favours races that are UTMB branded.

You see, the UTMB is now not just a race around Mont Blanc but a worldwide brand and there are UTMB branded races in China, Spain, Australia, Thailand, New Zealand and soon to be more with this new partnership - these are known as UTMB World Series races.

You can see what the UTMB, as a brand, are doing here. Trying to encourage people to use its branded races to open the doors to the classic UTMB Mont Blanc race in the Alps.

What does the partnership with IRONMAN mean for the future of UTMB?

The British ultra runner, four time UTMB Mont Blanc finisher (placing 5th in 2018) and Precision Fuel & Hydration athlete, Damian Hall, has his own view on this.

“It was somewhat inevitable that a partnership like this would happen. IRONMAN is already a presence in the sport having a number of big races like the Mozart 100 in Australia and Tarawera Ultra in New Zealand. UTMB had the choice to either compete against this giant or team up with them.

"Ultimately, I don’t think it will change the UTMB Mont Blanc event itself - they would be foolish to make any big changes there as it really works!

"My only reservations are that with the new entry system, will it encourage people to fly to these bigger UTMB World Series races rather than racing closer to home? This has an obvious environmental impact but could also make it less accessible to runners...”

Time will tell what all of these changes will mean for the future of the UTMB. Maybe it will push some runners away but maybe it will bring more diversity to the scene?

One certainty is that, despite all the hype that surrounds the UTMB, it's not something that you ever have to do. That is the beauty of this sport and how it has developed over the past 10 years especially. There’s now a race that suits everyone’s needs, values and aspirations. I think it’s fantastic that there's such breadth in this sport.

Personally, I won’t be planning my race calendar around chasing points for the UTMB Mont Blanc but I sure as hell will be there on the sidelines this year, watching as the best runners in the world battle it out on these historic trails. 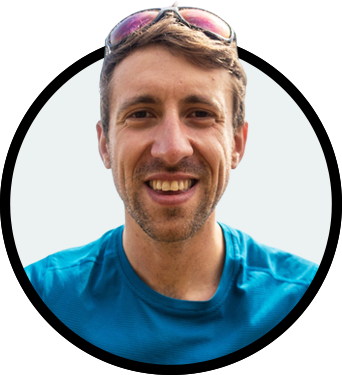 He spends his time between his home fells of the English Lake District and the European Alps and is an active mountain runner - his most notable achievements being a Winter Bob Graham Round and finishing the Petite Trotte a Leon.

He has been working with runners for the past 5 years, helping to prepare them for the challenges that running in the mountains brings. You can find out more about Sam at www.hilladventures.co.uk.