Cart
Choose a free gift when you spend over £100!
Knowledge Hub
/
Nutrition

Ketones: The next magic bullet for endurance sport?

If you’ve been following World Tour Cycling for the past 10 years or so, you may have caught wind of ‘ketone-super-fuel’ drinks, supposedly being used in secret by some teams. This year, QuickStep were the first team to announce an official ‘ketone drink partner.’

Ketone drinks were first developed by the US military, and have been used to set The Hour Record in cycling, as well as by top American distance runner, Sarah Hall. But what are they? And do they live up to the hype?

Ketones are small molecules that our body can use for energy. Structurally, they’re similar to glucose and fat, which are the other major energy sources for our body. We can make our own ketones when we cut carbohydrate from our diet, either by eliminating carb-rich foods and following the ketogenic (or ‘keto’) diet, or by not eating at all (fasting). Both of these diet styles have become more popular in the last few years for people looking to lose weight.

In order for the body to make its own ketone it must be running low on energy from carbs, which triggers it to convert fat into ketones, which then provide an alternative fuel to replace the missing glucose. This is a slow process - it can take up to several days to trigger the natural production of ketones in our body. Once they’re in the bloodstream, the main role of ketones is to be taken up into our cells and broken down for energy, using different pathways to glucose. Interestingly, ketones also have extra ‘signalling’ effects (meaning they activate and deactivate systems in our cells).

As ketones were known to be a very effective source of energy, scientists wondered if having plenty of both ketones and glucose at the same time might provide the body with even more energy than just carbs. As this wouldn’t happen naturally, research funded by the US military developed a ‘ketone ester drink’ that could be taken alongside a normal, carb-rich diet and would increase blood ketone levels to those usually seen after prolonged diet changes within 30 minutes. These ketone drinks work in a similar way to a glucose-based energy drink – you consume it, ketone levels go up quickly and then come back down over several hours as your body uses up the ketones as fuel.

Since this initial research, a lot of different types of ketone drink have been developed and have become available on the market. Examples include Ketone mono-ester, C6 Ketone Di-ester, Ketone salts and Butanediol.

Not all of these products are equal. For example, ketone esters are better than others at increasing ketones, ketone salts are easier on the taste buds and on the wallet (certain types of ketone drinks cost over $30 per serving). Most of the research showing positive results has come from studies using the ketone mono-ester products, this type of product should be the first you consider if you’re interested in seeing if ketone drinks impact your performance.

(For a more detailed, up to date science review, I’d recommend reading this article by Evans et al.)

Before we look at whether the research supports the benefits of ketone drinks in sport, it’s helpful to understand the mechanisms of why people think they might be of benefit.

The main role of ketones in evolution is to provide an extra energy source when there isn’t much energy available from carbohydrate. Therefore, the idea was that taking ketone drinks might mean that they could be burned and be major fuel for the muscles during exercise.

This was supported by initial research, which showed that ketone uptake by muscles went up 5x during exercise, and another study estimated that ketones could be providing 15-20% of the muscle’s energy when cycling at a low-medium intensity (40-75%). More recent research using gold-standard isotope labelling techniques found that ketones were providing much less energy for working muscle, between 3 -8%.

A widely held view is that burning ketones for energy is more efficient than burning carbohydrate or fat. This would lead to a higher output, for the same oxygen consumption. This argument is largely theoretical, and most supportive data come from in vitro experiments that probably don’t translate to how the body works.

Most studies of ketone drinks in athletes have found no changes in VO2, only one study so far found an improvement in muscle efficiency with ketones.

In endurance sports, performance is dependent on our ability to tap into stored carbohydrate (glycogen) and to consume enough carbohydrate to fuel our muscles. One sign that our body is burning carbohydrate during exercise, is an increase in blood lactate level. Ketone drinks have consistently been shown to decrease lactate during exercise, which is generally interpreted to mean carb-burning is lower. Some studies have taken muscle biopsies and measured muscle glycogen directly; one study did indicate that ketone drinks caused less glycogen to be used, whilst other studies didn’t find the same effect.

Finally, it’s important to note that, like for any sports nutrition, these possible benefits of ketone drinks are going to vary according to the use protocol (i.e. which supplement type, serving size, what you take it with), exercise challenge (i.e. type, duration, intensity) and on the athlete characteristics (i.e. sex, training status, habitual diet, muscle fibre type). There are still a lot of open questions about how to best use ketones in sport.

In the interest of balance, there are also some physiological reasons to support the idea that ketone drinks might actually impair athletic performance…

We discussed above that ketones blunt blood lactate increases and might turn down the amount of carbohydrate being burned during exercise. As carbohydrates are the primary fuel of high intensity efforts and sprints, it’s possible that ketones might blunt the body’s ability to sprint by blocking carb-burning. The data here is mixed, with a few studies showing worse sprint performance with ketones, and others showing no change.

2. Ketone drinks may cause GI issues

Ketone ester drinks have a strong bitter taste which can sometimes cause nausea, and can repeat on an athlete during exercise. Ketone salt drinks have a very high mineral load which can sometimes lead to lower GI issues. Other symptoms that have been reported by a few athletes taking ketones include headaches, cramping, and belching. That said, most athletes who take ketones don't experience side-effects, especially if they consume the recommended dose (< 30g per serving) and don't take the drink directly before high intensity exercise.

Acidosis occurs during exercise: we’re all familiar with lactate - an organic acid produced by the muscles. Too much acidosis is bad for performance, and that’s why buffers like sodium bicarbonate have been shown to help performance. Like lactate, ketones are an organic acid, and they’ve been shown to make the blood pH more acidic, so they put extra stress on our body’s systems that deal with and buffer acid.

Researchers have found that giving ketones with bicarbonate can get rid of the acidosis and may be a way to unlock the effect of ketones on performance.

4. The presence of ketones limits available fuel as fat

Fat is an important source of fuel for endurance, especially at low intensity. One effect of ketones drinks is that they slow down the release of fat from fat tissue. The reason for this is that during natural ketosis which takes place during fasting or a ketogenic diet, it’s important to keep control of the release of fat into the blood. This restricts the amount of fat that goes to the liver, which would there be used to make ketones – it's a way to make sure ketone levels don’t get too high.

What does the science say?

The first study of ketone esters in athletes was published in 2016; this study set the tone for the conversation about ketones, finding that well-trained cyclists went 2% further in a 30-minute time trial after taking ketone ester mixed with carbohydrate before the test. Since then, 12 studies of different exercises tests have been completed in cyclists, runners and soccer players.

Of those, one study found a performance benefit when cyclists took ketone ester with bicarbonate supplements, two found a negative effect on performance, and the remainder showed no benefit of ketones. So, despite the initial positive result, the evidence at present doesn’t support that ketone esters are performance-enhancing.

Eight studies have looked at the effects of ketone salt drinks on performance. The first found that ketone salts impaired 10km cycling performance and four subsequent studies found no effect on performance. Two found a positive effect, but used a ketone salt that also included other ingredients such as caffeine and amino acids which confuses the picture.

Finally, the one study that looked at longer term (10 days) of ketone salt consumption did find a small improvement in performance. Overall, this isn’t surprising given that ketone salts are less potent than ketone esters.

The brain is a big user of ketones and can get over 60% of its energy from ketones during starvation. Ketone drinks might improve brain performance by providing extra energy during exercise. The research here is limited to just a few studies and results are mixed, so it isn’t really possible to say at this time if there’s a cognitive effect of ketone drinks.

Recently, more people are interested in the idea that ketones might be helpful for recovery from intense training or during long, multi-day races like Grand Tour cycling. Early research studies found that ketone drinks might help with replenishment of glycogen post-exercise, and might help to boost muscle protein synthesis after exercise.

A key study which stoked the interest in this area found that ketone ester drinks taken three times daily during three weeks of ‘over-reaching’ training helped to lower biological markers of stress, and improved training performance later on in the study. Again, not enough is really known about whether ketone drinks truly impact recovery and how to use them to get this effect.

Ketone drinks are getting more attention as a possible new supplement that athletes could take to improve their performance. There are plenty of stories of individual athletes having positive experiences and hitting their best times when using ketones, and pro teams starting to become public about their use of ketone drinks.

The scientific theories behind this are somewhat compelling BUT the research data so far doesn’t agree. Perhaps there are certain individuals for whom ketones work well and if you’re interested it might be worth some self-experimentation in training, but at the moment there isn’t any strong evidence to suggest that we should all be chugging ketones before or after our next race. Watch this space in case a new study changes the game though...

If you enjoyed this blog and want to get more into the weeds, I’d recommend reading this recent, open-access scientific review article by Evans et al..

The theory behind the development of ketone drinks was to provide an extra energy to power the muscles and improve performance. Lately, people have also been interested in using ketone drinks to improve recovery. These benefits haven’t yet been backed up consistently by research studies to date; results have been very mixed. So, despite the hype, ketone drinks aren’t guaranteed to deliver a big boost to your endurance performance. 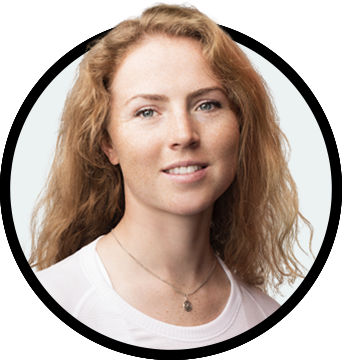 Brianna is a Lead Scientist, athlete and a researcher. She's been involved with ketone research since 2011; during her PhD she was part of the team who first tested ketones in elite cyclists and rowers whilst also competing for the GB Rowing team.

Since obtaining her BA degree in Biomedical Scienes and her PhD in Physiology at University of Oxford, she moved to the USA where she's researching and developing ketones for military performance and for healthy ageing.