Japan has a long, proud tradition of marathon running, winning nine Olympic medals down the years, including the women’s gold at both the 2000 Games in Sydney and the 2004 event in Athens.

In more recent years, Japan has had to play third fiddle in the marathon rankings behind Kenya and Ethiopia, but it still produces far more top road runners than any other nation. Earlier this year, for example, 40 Japanese men ran under 2 hours 10 mins for the marathon in a single race, the Lake Biwa Marathon - which is not even Japan’s biggest marathon.

To put that in perspective, only 17 British runners have ever run that fast.

Why are Japanese runners so fast?

The reasons for Japan’s road-running prowess are many and varied. For a start, road running is one of the most popular spectator sports in Japan - second only to baseball. This may be hard to believe, but elite running in Japan is very different. For a start, the biggest races are not the marathons at all, but long-distance relay races called ekidens.

Ekidens vary in length and makeup, with the most popular ekiden, the Hakone Ekiden, taking place over two days each year and covering 212km, with 10 runners on each team. Hakone is so popular it regularly gets TV viewing figures of over 65 million, with many hundreds of thousands more people coming out to line the streets and cheer the runners on.

The genius of ekiden is that it turns running into a team sport. You don’t watch it simply to see how the big stars perform, and to see how fast they run, but you get to cheer on your favourite team. Ekiden fans in Japan are like fans of team sports in the rest of the world, dressing up in team colours and excitedly waving team flags.

The team element means people become invested more emotionally in the outcome of the race, and it provides continuity year after year; the runners may change but the teams are still there, so loyalty and interest keeps growing.

Ekiden wasn’t originally designed as a way to make running popular, but rather as training to prepare runners for marathons. But the team element, and all the added drama a team race brings - with the fortunes of the teams changing at each changeover, and runners giving everything not to let down their teammates - means the biggest ekidens have since surpassed the marathons in popularity.

However, they do still also fulfil that purpose of acting as a breeding ground for developing marathon runners. The Japanese national marathon record has been broken three times recently, and each time by a former star runner from the Hakone Ekiden.

The rise of the ekiden

As ekiden has grown, more and more money has been poured into the professional teams, to the extent that runners are signed up after their college years and given a salary to run for a team. This is almost unique in the world of running.

Elsewhere, athletes are usually dependent for income on hard-earned race winnings and sponsorship money, which can be fairly scant unless you’re a global superstar like Mo Farah.

In Japan, however, across around 60 men’s and women’s professional teams, there are well over 1,000 well-paid, salaried road runners whose actual job is to train and run for their team, in much the same way Premier League footballers get a salary to play for their team.

These ekiden teams are owned by big companies such as Toyota and Honda and are extremely well resourced with training facilities, physios, coaches etc. The result is that in Japan there are a huge number of athletes living and training in a high performance and nurturing sporting environment, with no stress or concern about trying to earn enough money to simply get by.

Add in all the benefits of training and racing as part of a strong group of athletes, and it begins to make sense why the Japanese are quite good at this running business.

In fact, hearing all this, you may be wondering, why aren’t they better? Most people, when they think of recent Olympic Games or major marathons, will envisage a group of Kenyans and Ethiopians racing away at the front. Where are all the Japanese runners?

Firstly, the Japanese are generally conservative runners when it comes to pace, unlike the Kenyans and Ethiopians, who like to start every race as though they are about to set a world record. In most cases, a few miles into a top marathon, the leaders will be mostly all east Africans. Many of them will be over-stretching themselves and will end up slowing down or dropping out.

The ‘Japanese Way’, as I was repeatedly told when I lived in Japan, is to run consistently, moving through the field as others falter.

Part of this conservatism comes from ekiden running, where taking big risks with the early pace is dangerous, because if you suffer badly at the end, you can ruin the race for your entire team. It means Japanese runners will often come through the field near the end of marathons, unseen by the TV cameras, which focus on the leaders, to claim the minor placings, such as third, fourth or fifth.

A second reason you may not have noticed many Japanese runners in big marathons is because they rarely travel abroad to the big races. Dealing with foreign languages, strange food and jet lag are less appealing when you have so many important ekidens and big marathons to race in your own country.

Thirdly, as good as the Japanese are, in recent years, the Kenyans and Ethiopians have just been that little bit better. Japan’s national record, set in February this year, is a blazing 2:04:56. Yet in 2019 alone, the last year of full competition before the pandemic reduced racing opportunities, four Kenyans and 11 Ethiopians ran faster.

Finally, the Japanese do win sometimes.

The Athens Olympics of 2004 was not so long ago for a competition that only comes around once every four years, while as recently as 2018 Yuki Kawauchi won the Boston Marathon, one of the world’s six major marathons.

We await to see whether the current crop of Japanese runners can replicate that success at upcoming major marathon races and Olympic Games.

Adharanand Finn is the author of The Way of the Runner: A journey into the obsessive world of Japanese running. 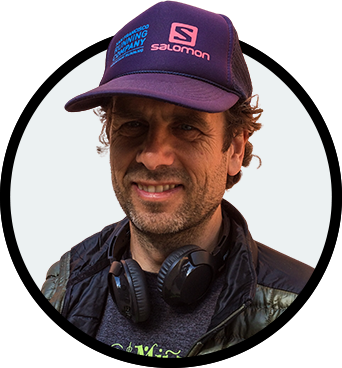 Adharanand has also written the acclaimed books The Way of the Runner and The Rise of the Ultra Runners.

Based in Devon in the UK, Adharanand is former junior cross-country runner who has completed various long distances events, including Ultra Trail do Mont Blanc, all in the name of research and to discover more about running around the world.

Adharanand has worked for The Guardian and is currently the host of The Way Of The Runner podcast and running retreats.