The truth about ketones - do they aid recovery?

Team Ineos’s Egan Bernal might have won the 2019 Tour de France but it was Jumbo-Visma who proved the strongest all-rounders with an overall podium finish and four stage wins.

Jumbo-Visma are renowned for their meticulous preparations and progressive approach to nutrition, so it was no surprise to see that they garnered headlines through the use of the supplement of the moment: ketones.

"Ketones are a dietary supplement – you can use them just like vitamins. The substance is not on the prohibited list, and it’s also known that other teams use ketones," Team Manager Richard Plugge told Dutch newspaper De Telegraaf during the Tour.

We attended a ketones seminar hosted by QuickStep nutritionist Peter Hespel at the pre-Tour Science & Cycling Conference, and it seemed almost certain that Deuceninck-QuickStep used ketones.

Though Hespel didn’t refer directly to the Belgian team, the raising of eyebrows and body language suggested Julian Alaphilippe’s success could partly have derived from ketones.

Which is all well and good, but what exactly are ketones? What are their reported benefits and are they of use to you?

What are ketones? Ketones are an energy source produced by the liver during fasting or periods of low carbohydrate intake. So, important for survival but not necessarily geared towards high performance.

The same isn’t true for extraneous ketosis, the idea being that by orally consuming ketones, you’ll spare precious glycogen reserves for intense efforts like hill-climbing or sprinting.

HMVN produced a slick, three minute YouTube clip of the record attempt, which includes Bussi knocking back a 25ml ketone ester in the velodrome, intimating that conserving glycogen (or 'athlete nectar') during all-out efforts is the aim of ketones.

But, according to Hespel, this isn’t how you can potentially improve your performance using ketones.

"We haven’t yet published the study but we simulated a road race by having cyclists ride for 180 minutes at different speeds and intensities before a final 15-minute time-trial, both with and without ketones," the Belgian tells us.

"We noted from the results that glycogen concentration in both groups was the same, as were the time-trial results. In all honesty, I’ve never understood the physiological mechanism behind ketones improving intense efforts. And actually, arguably ketones could harm the rider if taken during exercise.’"

It's due to pH levels in the blood. "Ketones are acidic," Hespel continues. "We noticed a gradual decrease in pH levels when our riders had consumed ketones, dropping from 7.42 to 7.35. It begs the question: if I was a cyclist, would I want a lower buffer capacity and higher acidic level when it came to the final climb? No I wouldn’t."

How to ketones benefit performance?

So, are ketones simply snake oil? Not a bit of it, says Hespel. It’s just that the benefits on performance potentially aren’t as originally thought.

"We’ve undertaken several studies into ketones and it’s recovery where you can enjoy the greatest gains. In one experiment, we had the subjects undertake intensive exercise to deplete their glycogen stores and then, during recovery, the athletes consumed a ketone ester. We discovered that ketones boosted muscle protein synthesis, suggesting it accelerated recovery post-exercise."

Countering the catabolic effects of long, endurance events, such as the Tour de France or multi-stage ultra-endurance races, looks like ketones’ USP. It’s certainly an area that Hespel believes in, supported by his further research into mice.

"We wanted to measure its potential catabolic-reducing effects in a pathological situation, so – and we know this won’t sit well with everyone – we injected mice with an aggressive form of cancer cells associated with severe muscle wastage. We believed it could help their survival."

Could ketones reduce muscular degeneration? Again, these results aren’t public but, without the ketones, all the mice had died by day 45. With ketones, the mice lived, on average, 30% longer.

Even more interesting for Tour de France riders, the placebo mice were running on their treadmills 5-7km a day. With ketones, they ran 10-15km a day. It was a strong indication that, while undertaking heavy exercise, you can recover much better with ketones. Essentially it’s an anti-catabolic agent."

And that’s not all. Hespel and his group undertook a further study into ketones that closely mimicked the training loads of Tour de France riders on extremely fit recreational riders.

"By week three, they weren’t happy," Hespel laughs, but the ketones group were nutritionally happier. "For both groups, the workload increased from weeks one to three. But in the control group, calorie intake didn’t increase to compensate for high energy expenditure. That’s not unusual as it happens at Grand Tours. However, the ketones group did consume more calories. It was a fascinating observation."

And one that would result in a stronger, healthier rider the longer a race lasts.

Key to this calorie difference were respective hormonal profiles of the subjects, especially the stress-induced hormone GDF-15. It’s a key hormone involved in appetite regulation.

In an event like the Tour, the general pattern is a gradual increase in GDF-15 concentration that blunts the desire to eat. With ketones this increase was suppressed. Hence, the greater calorie intake.

So ketones can help to prevent the symptoms of overreaching. From Hespel's studies and working with professional teams, he also suggests ketones can improve sleep quantity and quality.

All in all, ketones look like they can benefit multi-stage athletes. Whether the same can be said for single-day racers, further studies are required.

But from the evidence so far, if ketones improve recovery - as long as your training load demands it - arguably this supplement of the moment could accelerate recovery between sessions, resulting in a more productive workout.

That’s for the extremely committed athlete who might often train twice a day. It’s also one for the wealthier athlete. (Prices have dropped, but the HMVN ketone ester still costs $99.00 for three bottles).

It all adds up to a potential performance benefit – albeit an expensive one! 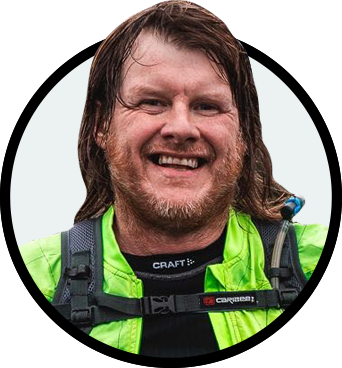