Are you fueling adequately to maintain health and performance?

Anyone who has observed the damage that a typical group of endurance athletes can inflict on an ‘all-you-can-eat’ buffet could be forgiven for thinking that underfueling won't be much of an issue for this particular subset of the population.

However, the issue of athletes not consuming enough calories and nutrients to support the demands of their training and competitions is a common and very serious problem. It has become a key area of study within the sports nutrition and medicine community in recent years and led to the development of a syndrome known as ‘RED-S’...

The concept of RED-S stands for ‘Relative Energy Deficiency in Sport’ and the issue hit the mainstream press in 2019 when record-breaking American track star Mary Cain opened up about her experiences of being encouraged to dramatically “underfuel” during her time with the Nike Oregon Project and coach Alberto Salazar.

Mary’s coach pressured her to get “thinner, thinner and thinner”, which resulted in her failing to eat enough to fuel her demanding lifestyle as an athlete. The caloric deficit she was living in triggered a cascade of physical and psychological issues that made her extremely unwell and ultimately saw her walk away from the sport in a desperate bid to regain her mental and physical health.

RED-S is the latest evolution of a slightly older concept in sports medicine that was known as ‘The Female Athlete Triad’.

For many years the triad was described in female athletes exclusively and as a combination of:

However, the IOC released a substantially revised position statement in 2014, coining the term ‘RED-S’ as more appropriate than ‘The Female Athlete Triad’ because it recognises that it’s a syndrome encompassing far more than just 3 distinct issues and that it’s just as applicable to male athletes. The IOC statement was updated again in 2018.

The main driver underlying RED-S is athletes existing in a state known as Low Energy Availability (LEA) for prolonged periods of time. As the name implies, LEA describes a situation where there’s an imbalance between energy intake from the diet and the energy used during exercise, as shown very nicely in this diagram.

Essentially, if there’s insufficient ‘surplus’ energy available to the body, it means more fundamental bodily systems are starved and begin to malfunction. This wreaks havoc on the immune, hormonal, skeletal and other systems, ultimately leading to declining performance and ill health.

Many athletes put themselves into a low energy state deliberately with restrictive eating or by increasing training load without compensating for this with a corresponding increase in the amount of food consumed.

This is often in a bid to stimulate weight loss because lower body weight is perceived to lead to enhanced performance, especially in endurance sports such as running and cycling where power-to-weight ratio is seen as all-important. The ‘lighter is faster’ mentality and finding the optimal bodyweight for racing has been explored by Andy before.

Leading Sports and Eating disorder specialist dietitian Renee McGregor – who has supported Team GB at the Olympic, Paralympic and Commonwealth Games – told us:

What is often perceived as an ideal body weight for a chosen sport is not ideal for optimal health. It will also vary from athlete-to-athlete based on age, genetics and ethnic background.

The ideal body weight/composition for an athlete is one where they can maintain hormonal regulation and recover optimally, so that they achieve performance adaptation and gains.

Eating disorders or disordered eating can also create conditions of intentional LEA as well, but it’s important to realise that these are not necessarily prerequisites for development of RED-S.

LEA is not always the result of a deliberate attempt to lose weight. It can happen inadvertently for a number of different reasons too.

For example, if training volume or intensity ramps up significantly without a corresponding level of attention being applied to dietary intake or fueling during sessions, LEA can creep up on an athlete without being noticed initially.

It can also happen due to busy schedules interfering with opportunities to eat properly around training, especially if meals are skipped on a regular basis or if athletes are in a position where they lack basic food preparation skills or resources.

There are some common warning signs for the development of RED-S, even if no two cases are exactly alike. The following is by no means an exhaustive list but outlines some factors to look out for if you’re worried that you or an athlete you know is not fueling adequately:

Some of these symptoms could indicate an underlying medical condition which needs excluding in the first instance. Furthermore, many of these symptoms are incredibly similar to what is seen in general overtraining syndrome and there’s an interesting discussion emerging in sports medicine about the fact that overtraining and RED-S may be significantly more intertwined than previously acknowledged.

Prominent Canadian sports physiologist Trent Stellingwerff discusses the topic at around the 44 minute mark of Episode 265 of That Triathlon Show. He goes so far as to say that many instances of ‘overtraining syndrome’ may actually be RED-S, so corrections would be needed as much from a nutrition standpoint - if not more so - than from a training load perspective.

How to avoid RED-S (and how to recover)

Simply put, awareness of RED-S is the first big step in avoiding getting into a situation of LEA that can ultimately lead to development of the condition, so by reading this you’re already putting yourself on the right track!

We endurance athletes tend to be a motivated bunch who are prepared to dig deep and suffer both physically and mentally to achieve our goals. This characteristic can be very positive when channelled into overcoming adversity, but it can leave us predisposed to being able to tough it out through the early stages of LEA or RED-S either intentionally on a quest to achieve a certain body composition goal or unintentionally if we simply don’t read the signs of it occurring inadvertently.

If you’re considering trying to lose weight or changing your body composition to help improve performance (or for any other reason), Renee McGregor strongly recommends firstly really interrogating whether weight loss is actually the best course of action as there may be other ways to hit your performance targets.

I would encourage athletes to work with a qualified coach or practitioner who understands that performance is not all about weight and body composition, contrary to what the culture in sport may dictate. In this way they can determine if this really is the area they need to focus on to improve performance.

While it may feel like the quickest option, it can also usually be the most detrimental option. It is important to ensure that all the pillars of performance are optimal – fuel appropriately and at the right time; focus on training technique; recover and rest properly, which in the longer term will have a more beneficial outcome to performance.

If weight loss is ultimately determined to be a sensible idea, then she strongly recommends working with an experienced practitioner to achieve your goals safely:

If there are benefits to a change in weight or body composition, then this ideally should be done under the supervision of a Sports Dietitian/Nutritionist.

It’s a very fine balancing act in reducing intake while training as you will want to avoid unnecessary stress to the body and also prevent a down regulation in metabolism which actually slows the rate of weight loss down.

On a day-to-day basis, monitoring your own performance and recovery by keeping a training diary can be useful because it encourages you to reflect on whether you’re suffering any of the warning signs listed above.

Being organised around meal planning and availability of your food is very impactful in a positive way and is covered in this excellent blog by Porsche Human Performance Centre physiologist Jack Wilson.

IF is definitely not an approach any athlete should be taking and has a huge risk of developing RED-S. One thing that is very clear from the science is that carbohydrate availability is critical, not only for performance but also training adaptation and bone health.

Fasting puts unnecessary stress on the body, potentially raising the stress hormone, cortisol. If this becomes chronic, it switches off the hypothalamic pituitary response which then starts to shut down biological functions one by one.

Ultimately though, if you have been diagnosed with RED-S or feel you’ve been struggling with something similar for a prolonged period of time, a proper recovery plan is critical to get you back to optimal health and performing at your best.

It’s important to note that during recovery, not everyone will need to restore body weight, but restoration of energy availability is crucial. According to Renee:

The recovery process is very individual and will depend on the length of time someone has been in RED-S, the extent of restriction and how that has impacted their hormones.

For those athletes that have been affected psychologically, it could also be a slightly longer road.

In all cases a multi-disciplinary approach is recommended, which will involve looking at modifying training, restoring energy and working on behaviours and mindset, whilst also continuing to monitor clinically through blood tests.

The aim is to help the athlete return back to their sport more resilient and sustainable, so they can manage their performance mindset and not look to training, food and body image as a coping mechanism or a method of attaining worth.

In the case of Mary Cain, there are some very positive signs that she is slowly recovering from her experience with RED-S and the abuse she suffered during her time with the Nike Oregon Project.  She returned to professional racing after a three-year hiatus in 2019 and is back competing as a professional runner with the brand Tracksmith.

If any of what we’ve covered in this blog has resonated with you, we’ve included links to excellent resources and professionals who work in the diagnosis and treatment of RED-S.

The content of this blog is not intended to be a substitute for professional medical advice, diagnosis, or treatment. Users should not disregard, or delay in obtaining, medical advice for any medical condition they may have, and should seek the assistance of their health care professionals for any such conditions. 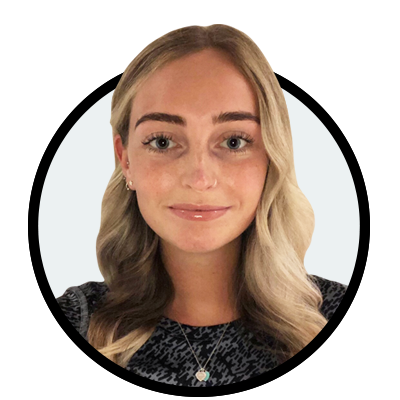