Why you should eat whole foods instead of processed foods

Eating whole foods instead of processed foods would seem like an obvious choice for most athletes, but how easy is it to make the choice in practice? Sport and Exercise Scientist Jack Wilson explains the differences between the two foods and provides advice on how to choose the ingredients for your next meal...

At Porsche Human Performance, the blueprint for the nutritional guidance we provide our athletes centres around seven fundamental ‘habits’. Much like hydration, a crucial fact that too often goes unacknowledged in mainstream nutrition is that there isn't a ‘one-size-fits-all’ approach.

A nutrition strategy that works for one person is by no means guaranteed to work for the next. It’s for that reason that our seven habits, whilst being encouraged to everyone, allow a degree of flexibly so that they can be applied to each individual’s needs, goals and preferences.

Our first habit is possibly our most important. It encapsulates our main nutrition ethos and over-arches the other six habits that follow:

Eat whole foods instead of processed foods whenever possible.

Sounds simple enough and terms like ‘whole foods’ are becoming increasingly recognised amongst folks with even the slightest interest in nutrition. But what is a whole food exactly and what is it about them that makes them so superior?

After all, strictly speaking even the most unprocessed looking foods have been subjected to ‘processing’ in some way (milk is pasteurised, tuna is tinned etc.).

For us, processed foods are defined as foods that have been somewhat removed from their natural state as a result of chemical, biological and/or mechanical manipulation. Whole foods on the other hand are largely unaltered and appear pretty much as they would do in nature.

Why are foods processed?

Generally speaking, foods are typically processed in order to:

The above results are great news for food manufacturers but rarely are they great news for us. The act of food processing often diminishes the nutritional value of a food and increases the likelihood of us wanting to consume more and more.

For years, food and drink companies have been hard at it in laboratories; extensively researching the precise balance of ingredients that pin point reward centres in our brains, amplifying the voice at the back of our heads that encourages us to keep eating. At times, companies have even shamelessly shouted about it – anyone recall a well-known crisp company with the slogan ‘once you pop, you just can’t stop’?

The problem with processed foods

Often cited in this regard is the seemingly irresistible combination of sugar, salt and fat. Many experts have branded foods with this tantalising-triad as ‘hyper-palatable’ and numerous studies have investigated whether these foods should actually be classed as addictive in the exact same way as many recognised drugs (See notes 1-3).

Interestingly, in whole foods, this combination seldom exists; foods tend to be naturally higher in sugar (e.g. fruit) or fat (e.g. nuts), but not both.

One issue, therefore, is that highly processed foods with their finely-engineered ingredient composition have a greater potential for overconsumption.

The problem is further compounded when this overconsumption comes at a cost to our intake of quality whole foods. And this isn’t the only issue…

The concept of ‘nutrient density’ is worth exploring. Nutrient density can be evaluated by stacking up the nutrient content of a food or drink against the number of calories it contains.

Generally speaking, compared to their whole food counterparts, most processed foods fall way short when it comes to nutrient density. They tend to be calorie dense and nutrient sparse; a trait common to the overall Western diet nowadays in a broader sense.

Though lacking in nutrients, many processed foods often serve up an oversized platter of unwanted additives.

Certain artificial preservatives, flavourings and colourings used in processed foods have been linked with adverse side effects ranging from headaches to cancers.

Whilst not always the case, these are usually identifiable as unrecognisable, hard-to-pronounce items on a product’s ingredients list.

What’s more, even foods proudly labelled as having ‘no artificial ingredients’ might not be as innocent as their packaging suggests. Refined oils, flours, starches and sugars can all be classed as natural, but when added to foods and drink they can be detrimental to our health.

Admittedly, it would be wrong to tarnish all food additives with the same brush since not all have been scientifically condemned as nutritional assassins and some might actually provide genuine benefit (e.g. a common preservative, L-ascorbic acid, is actually a form of vitamin C).

However, as a general rule of thumb, the more artificial, unrecognisable ingredients listed in a given food or drink, the more we would advise seeking a whole food alternative instead. But more on ingredients in a minute.

In sum then, for us at PHP, many of the issues surrounding processed foods relate to their comparative lack of nutrient value, potential for overconsumption in place of more nutritious options and presence of potentially harmful added ingredients.

It’s hopefully becoming clearer why whole foods provide a superior option when looking for the major constituents of our diet. They are much more nutrient dense, contain an abundance of vitamins, minerals, fibre, antioxidants and phytochemicals, lack artificial ingredients and are simply in a physical form that we as human beings are designed to consume and thrive on.

The differences between whole food and processed food

Rather than imagining two distinct categories when trying to distinguish between whole and processed foods, it’s more appropriate to view foods and drinks on a continuum. Without wanting to confuse things, it’s important to acknowledge that this continuum isn’t necessarily synonymous with a healthy-unhealthy continuum (e.g. natural dairy products aren’t necessarily less healthy than foods nearer the whole foods end).

In keeping with Habit #1, most of your nutrition should come from foods which sit towards the whole foods end of the spectrum. As we move towards the more processed end, whenever possible, these foods are best substituted for whole food alternatives. This approach is arguably the most effective way to enhance the overall quality of our diet and optimising our health, body composition and performance through nutrition.

If you find yourself unsure as to where a particular food or drink sits on this continuum, we always advise people to read the ingredients list. The fact that it’s got an ingredients list to start with can be the first warning sign! Generally speaking, the longer the ingredients list and the more items you cannot understand or pronounce, the further towards the processed end that food likely sits and the more likely it is that you’d be better off choosing a whole-food alternative.

One convenient whole food source we've found for when you're on the go is Perkier Bars. They're full of slow-release energy, are plant-based and they're abundant with nutrients your body needs. They're made with quinoa and sprouted grains combined and make a tasty, natural source of fibre, protein and omega 3, as well as being rich in antioxidants to boost your wellbeing and provide you with nutritious energy. Sadly, they're not available online, but we found them in Sainsburys.

Navigating ingredients lists is a whole other blog post (stay tuned) but to give you an idea, below are the ingredients of three different vegetable soups readily available at most supermarkets…

On the face of it all three have been processed to some extent to turn their ingredients into soup form. However, Soup A contains the fewest ingredients, all of which are recognisable and most of which would sit at the whole foods end of the continuum individually. Soup C by contrast contains a much longer ingredients list, much of which would be difficult for most people to pronounce let alone explain.

Soup B has fewer artificial-sounding ingredients but some added sugar and flavourings. Accordingly, Soup A would fall towards the whole foods end of the continuum, Soup C would fall towards the processed end and is probably best avoided, and Soup B sits somewhere in the middle – not the worst choice but better left on the shelf in favour of Soup A, which represents a decent nutritional option. 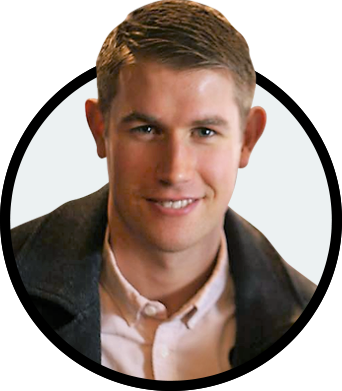 Jack Wilson is a Sports & Exercise Scientist with a degree in Sport and Exercise Science from the University of Bath. Jack works with some of the very best motor racing drivers in the world at the Porsche Human Performance Centre in the UK.

Jack also has a qualification in Precision Nutrition, and has attained membership of the UK's Professional Body for Strength and Conditioning (UKSCA).