How resistance training makes you a faster runner

When we think about starting a training program for a running-based goal, some athletes don’t often think about including specific strength-based resistance training to help. It’s more likely that our planning phase (if there’s a plan at all) will consist of programming progressive distances, times, tempo runs, sprints and intervals all based around running... and maybe an odd stretching session here and there.

Resistance training should be an integral part of any well-rounded training program but is still such a foreign concept to many runners, even if it's one of the most researched areas of exercise and conditioning...

The 5 core benefits of resistance training

The performance benefits of resistance training have consistently been demonstrated across a wide range of running events, regardless of the athlete’s background...

Stronger and more powerful muscles will help increase your running speed. This is more evident over short-to-middle distances but does show improvement in longer distances as well.

Consistent long term resistance training stresses your body and forces it to adapt to the increasing loads. These adaptations can have an enormous impact on your running speed, efficiency, and endurance. The stronger your leg muscles are, the more force you can generate on each foot strike, and the more distance you can travel on every stride.

Recent statistics show that one in five runners will sustain a stress-related bone injury caused by the repetitive application of a greater amount of force than the bones of lower extremities normally bear.

Using resistance training to gradually increase the amount of stress and load your lower extremities are able to bear is an easy way to help decrease the possibility of sustaining a stress related bone injury as well as osteoporosis in the long term.

Stress fractures may be due to multiple factors including bone quality, nutritional status, hormone imbalance, and the use of anti-inflammatory drugs, but stress fractures can often arise in runners who suddenly increase distance or start training on a much harder surface.

Marathon training and weekly running of more than 64km carry the highest risk for stress fractures.

The benefits of resistance training for runners have also been shown to decrease the energy and oxygen required by the working muscles to run by 2-8%, which goes on to show an improvement in time trial performances of 2-5%.

When looking at the physiology of injury, the majority of muscular injuries occur when the load, speed or direction we are moving a joint or tissue exceeds the joint or tissue's ability to control the movement.

If we break that down into a simpler equation; injuries occur when the demand you’re placing on a structure exceeds that structure’s capacity.

We gain strength in the range that we train it in. In contrast, if we don’t use certain end ranges of motion it can lessen our capacity to control that range, increasing the risk of an injury.

So to start with, resistance training allows us to train in a fuller range of motion than running can, as well as increasing our ‘buffer zone’ of control (or capacity) around our joints as a result of us being able to use a heavier load variable than just our bodyweight.

Resistance training is often performed in a very controlled environment, making it considerably safer to explore these end ranges, and then load and strengthen them accordingly.

A big worry for a lot of runners looking to implement resistance training in their programs is that it’ll needlessly increase body mass to the detriment of their running ability. This, added to the fact that a fair amount of runners initially start running to assist in weight loss, can create a stigma when considering adding resistance training to a training program.

First of all, resistance training won’t necessarily increase your bodyweight, and by correctly programming your specific training intensity and volume (which we’ll discuss later) you can manage it very easily.

Furthermore, by increasing your relative strength (your strength relative to your bodyweight), you’ll get all the benefits that resistance training brings for runners whilst also reducing body fat and increasing lean tissue. Also worth noting that once your body gets used to running (especially if you lack variety in your training), it’ll start to burn fewer calories due to your body being an efficiency seeking machine.

Lastly, due to our body working to a principle of “if you don’t use it you lose it”, resistance training can also be an incredibly effective tool to guard against muscle wastage when you’re pushing the weekly mileage up high.

How should runners strength train?

With each session, the main goal you’re aiming for is to work on full-body strength and power, with an emphasis on the main running muscles.

Resistance training can have different effects due to different intentions. Moving your body slowly, with control, for a longer time under tension will result in different adaptations than say lifting a heavy weight, rapidly, with only an emphasis on the concentric portion of the lift.

This is why it's imperative to work with a strength coach, or at least work to a strength program based on your specific goals.

How many times a week should you train?

The best results will be gained from 1-3 sessions per week at around 45 minutes each. The closer you get to a competitive race, you can reduce the number of resistance-focused sessions.

What kind of weight should you be using?

Heavier weights rather than light.

How about other variables like sets, reps and rest?

By setting the intention of your resistance training sessions to increase your absolute and relative strength by using heavier weights, you’re going to be needing to program more towards lower reps, more sets and longer rest periods.

A very rough example could be: 6 sets of 3-5 reps of a Front Foot Elevated Split Squat with your rest periods being long enough that your fatigue doesn’t impact your next set (keeping in mind it takes your nervous system around 4-5 times longer to recover from a heavy set than your muscles do).

It can be difficult for athletes with more of an endurance based background to switch their minds into lifting heavier and resting longer, rather than breathing heavily, sweating loads and rushing into their next set, so keep that in mind when you’re in your strength sessions.

Should you be programming resistance training for your upper body?

Your ability to transfer force from your striking foot through your body and into your shoulders is assisted by having a strong ‘core’ which also helps you expend less energy, run faster, and more efficiently.

Resistance training should be thought of as an essential addition to a runner’s training plan because of all the benefits listed above (and even more).

If you’re looking to perform at your full potential, or even if your goal is to just lose weight, be healthier and increase your longevity, you need to implement a more complete approach to your overall program.

That means targeting areas of training and physical improvement you may not normally have thought about, such as resistance training, mobility work, nutrition, sleep hygiene and even psychology. 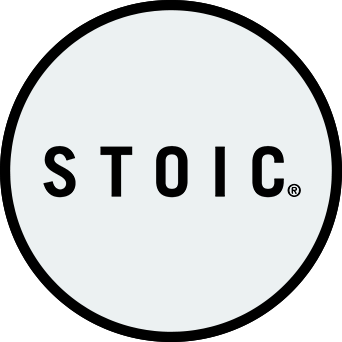 Stoic Conditioning was established in 2015 out of the necessity for strength and conditioning programming specific to Government, Military and Specialist Teams.

Stoic strive to disseminate peer-reviewed research and its practical application, to improve athletic performance, health and longevity, in order to answer both foreign and domestic operational needs as expressed throughout our community.