Knowledge Hub
Performance
The economics of being a pro triathlete

The economics of being a pro triathlete

‘Professional triathlete’ sounds like the perfect job title, doesn’t it? Earn loads of cash, enjoy massive sponsorship and endorsement deals, and jet-set around the world in private jets.

A lucky few probably do enjoy such a lifestyle, but - without wishing to shatter the illusion - for most of us in the world of triathlon it just isn’t like that unfortunately.

For me, when I decided to make the jump into the professional ranks, I started approaching everything as a start-up business. If I wanted to make it in the sport and be able to do it for more than a few years, it was going to take some smart business decisions along the way.

I set out with a two-year plan. I figured I’d go ‘all in’ and see how it shakes out financially, albeit performance-wise I knew it was going to take more than two years to see where I could really get in the sport.

Over the years I have tracked my financials (mainly for tax purposes), and have been very transparent in sharing those publicly. It can be an awkward topic of conversation for some people as the follow-up question when you tell someone you're a pro triathlete is typically, “how do you make money doing that?”.

I think there are quite a few people out there who are curious about making the jump to the pro ranks and may find the information useful and insightful, so this article can hopefully help them with the decision-making process.

I thought a good place to start would be to show the ways that I have tracked my income over the years and these are probably the most common ways that triathletes generate revenue.

Part-time work - Most pro triathletes will generate income from sources outside of racing, including from part-time work. The most common job seems to be triathlon coaching - it’s flexible, offers decent money, and it’s something you can transition into once your racing career is over.

Sponsorship - The most obvious source but it isn’t typically a way of making a lot of money. The biggest year I had was $13.5k. You will also find many athletes receiving bonus payments that are performance-driven, and sometimes sales-driven. This can also be a big source of income for top pros, sometimes surpassing their salary dollars.

Travel/Race support - Some races have ‘athlete support’ budgets, whether that is in the form of cash or hotel/homestays, it really varies from race-to-race. Over the years I have been lucky enough to receive travel support, also referred to sometimes as ‘appearance fees’.

Equipment - Some of my biggest expenses over the years have been new bikes, but as mentioned above they're also the biggest income source. Within the cycling/triathlon industry, I would say bike deals are the hardest to get, whereas cash sponsorship is ‘easier’ to come by.

Transportation - Typically a big cost to getting to races is the travel. In 2016 I flew 140,000 miles, racking up $11k in travel expenses in the process.

The rental cars, bus tickets, air fares all add up, so choosing wisely is always crucial. Check out my recent blog, How to master travelling to your next race, for ways to make the most of your travel budget.

Coaching fees - 99% of athletes have coaches it seems, and they aren’t cheap. For pros you're spending anywhere from $200-$600/month for a coach, which isn’t much different to that of an age group athlete. But you're typically paying $400+/month if you want one of the best coaches in the world.

Race entries/memberships - One of the perks of racing professionally is that the entry is typically free for 'off branded' races. IRONMAN charges an annual membership fee of ~$950 and that comes with unlimited race entry, and the ability to sign up as late as three weeks out from races. Then you also have membership fees for swimming, gym, Zwift, etc., so it all adds up and I usually end up spending around ~$1,500 for memberships for the year.

Starting out as a pro triathlete...

To make it early on financially, you typically have to have a part-time job, enjoy the benefit of a big bank account or be a ‘trust fund baby’. I had left a steady paycheck and benefits from the Air Force behind, started working for a military non-profit organization and committed to making smart financial decisions to make it work.

In my first year as a pro I basically broke even with triathlon and had the income from the part-time job, so all in all it was a good start to things.

One of the early rules I set out for myself was that if I couldn’t contribute to my retirement fund and end up maxing out my Roth IRA ($5,500/yr) then something would need to change, either more part-time work or take a step back from racing and get a ‘real’ job.

Luckily, that hasn’t had to happen and I have continued to contribute to retirement, which is something that my parents have lectured on since early days.

After those first two years, I had a hard look at the lifestyle I was living and figured it was going well enough to continue. Since then it has been a year-to-year decision, and not necessarily based on performances, but more based on lifestyle and finances.

Would I trade the flexibility I currently have, to something less flexible for similar pay? Right now that just doesn’t make sense. So, we keep on keeping on.

The importance of outside interests

I’ve been a big believer in keeping the resume active during this whole journey. That started with a part-time job working for the military non-profit. That then transitioned to coaching athletes alongside the part-time work, before then stepping away from the non-profit and launching a coaching business with two partners.

With the coaching business progressing quite well, and the amount of athletes I'm coaching slowly growing, it seems to be the best path forward and where my full focus will eventually shift to once I step back from racing at the professional level.

I’ve also worked for a few of my sponsors over the years, including Precision Fuel & Hydration. You never know what tomorrow is going to bring, and having that work to keep the mind busy is never a bad thing.

Last September I was hit by a car and couldn’t train for 10 weeks, so having the job with PH to occupy my time definitely kept me sane. Having some work within the industry is also nice to have to fall back on when the time comes to step back from racing.

What does the future hold?

I’ve made some changes that I really believe have taken me to a new level of fitness and I look forward to seeing what the changes I’ve made will do on the racing side of things. It’s not going to happen overnight, but I feel good things are coming.

So, why keep racing pro if you’re not performing at the ‘top’?

And my revenue is luckily $500 in travel support and $750 in prize money (I finished 10th Pro and the furthest any race in long course triathlon pays is 10th, while some only pay the top-five).

I ‘lost’ $100 for a weekend doing what I love and what would have cost 3-4 times that amount if racing as an age-grouper. So, for now, I’ll continue to race as a pro because it's cheaper and I get to test myself against the best in the world.

Whether it involves sprinting for the win or being the dead last pro, I still wake up and get to do what I love.

Here are a few good sources to check out to gain a bit more insight into the economics of being a triathlete:

Cody Beals' Triathlete Earnings Blog - Definitely worth the read and gives a look at one of the well developed pros in our sport. He came from an age group background as well, but is a few levels up from me now and has quite a few wins to his name.

USAT Prize Money Earnings List - A good place to see prize earnings for IM/ITU races that USAT is tracking, not only US races.

IRONMAN Prize Money List - You can see what the current prize money is on offer for upcoming races and what the payout table is for pros. If you have no idea what the payouts are, this may be eye-opening for you.

TRS Triathlon Money List (2015) - A good, insightful article from 2015 which is worth giving a read. 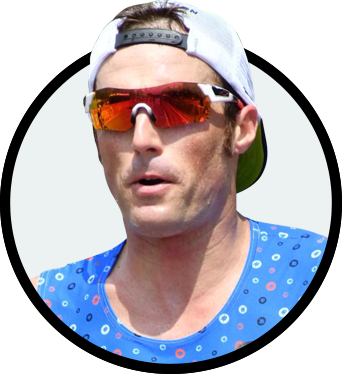 A professional triathlete, Brad has raced Kona four times as an amateur, with a top placement of 6th in his age group (9:03). Brad turned pro in 2015 and has since made more than 30 starts in 70.3 and IM races, picking up a half-IM win and 22 top-ten finishes. Brad looks after the fantastic athlete ambassadors who represent PH and runs the PH social media channels.