You can probably relate to the need for a morning coffee to kick-start your day, or a caffeine gel to get you through to the finish line of a race, but can you have too much of a good thing?

Caffeine is proven to keep fatigue at bay and boost perceived energy levels in most people when taken in moderation, but there can be negative side-effects when taking too much.

From the relatively ‘minor’ effects of headaches, jitters and sleep deprivation after drinking one ‘cup of joe’ too many, to more extreme and rare cases where a massive caffeine intake has unfortunately proven to be fatal.

Ultimately, your experience of the effects of caffeine and exactly how much is too much will be individual to you and be influenced by your habitual use, tolerance and sensitivity…

How much is too much?

When it comes to the daily recommendations for adults, ~400mg of caffeine (about 4 coffees a day) appears to be a safe daily dosage for most, although pregnant women should err on the side of caution at ~200mg a day, as a study found higher dosages may be linked to low birth weights.

For athletes considering using caffeine to improve their performance during exercise, it’s a good idea to first answer the question: is caffeine right for you? by completing this self-scoring system.

If caffeine is likely to be beneficial to you, the science recommends taking a caffeine dose of ~3-6mg per kilogram of bodyweight ( 1.4-2.7mg/lbs). So, for a 70kg / 150lb athlete that’d be in the region of ~200-400mg) in the final 60 minutes before exercise lasting 4 hours or less, as well as topping up on caffeine during exercise that goes beyond 4 hours in duration.

Learn more about how to use caffeine DURING exercise of different durations.

For those under the age of 12, caffeine consumption isn’t recommended, and for those aged 12 to 18 it should be limited to no more than ~100-200 mg per day (or 2.5 mg per kilogram of bodyweight). This is due to the fact that caffeine is a powerful sleep-deterrent and sleep is essential at this stage in a child's growth and development.

According to the European Food Safety Authority, adults shouldn’t consume more than the aforementioned 400mg of caffeine a day in daily life, as exceeding this could lead to increased heart rate, higher blood pressure, irregular heartbeat, tremors, nervousness, insomnia, and panic attacks.

If someone does overdo their caffeine intake and takes too much caffeine regularly, studies have suggested that this may cause adrenal glands to become weakened which can cause sickness.

It may also cause hormonal imbalances, although there’s no concrete proof that caffeine is the cause of this as diet, exercise, sleep, stress, and supplement use can also have an impact.

A 2018 review of scientific journal articles identified 92 reported deaths from caffeine overdose, which occurred more frequently in infants, psychiatric patients and athletes. In these cases, the concentration of caffeine in the blood will have been above 15 milligrams per litre (mg/L), which has been identified as the maximum threshold, and likely towards the 80–100 mg/L mark which is considered lethal.

Indeed, a personal trainer from Colwyn Bay miscalculated the amount of caffeine powder he was meant to take and it sadly proved fatal. He ended up consuming a caffeine dosage equivalent to 200 cups of coffee - a post-mortem revealed that the caffeine levels in his blood were 392mg per litre.

Furthermore, Northumbria University was fined £400,000 after conducting a botched study which aimed to explore the effects of caffeine on exercise performance. Two students barely survived after mistakenly being given a 30,000mg (instead of a 300mg!) dose of caffeine - the equivalent of 300 cups of coffee!

In sport, consuming anything more than the recommended 6mg per kg (2.7mg/lb) of bodyweight is deemed too much, unless you’re racing for over 4 hours.

In these situations, it may be beneficial for you to ‘top up’ your caffeine dosage because caffeine has an average half life (i.e. the time it takes for the concentration consumed to decrease by half) of ~4-5 hours, so the positive effects will start to wear off when you go beyond 4 hours of exercise.

The effects of caffeine intake will be very individual to each athlete though. For example, pro triathlete Laura Siddall consumed around ~690mg of caffeine in total (~11.3mg per kilogram / 5.1mg per lb of her bodyweight) during more than eight hours of racing at Challenge Roth and, while her performance wasn’t compromised, she mentioned that her subsequent sleep was negatively affected!

Similarly, Leon Chevalier accidentally picked up too many caffeinated gels at aid stations during his near-eight hour race at IRONMAN Mallorca and consumed ~1,005mg (~14.8mg per kg / 6.7mg per lb of BW!). Like Laura, Leon still performed well but mentioned that he had some trouble sleeping afterwards.

Taking into consideration the extreme stories of caffeine overdoses and the athlete examples, it's worth re-emphasising the importance of working out if caffeine will be beneficial to you and your own tolerance for caffeine, both in daily use and during exercise in training.

What to do if you overdose…

If you suspect that you have overdosed on caffeine, you need to try and remove the excess caffeine in your system whilst managing your symptoms, which could take several hours.

How do you do this?

If you end up needing to go to the doctors, they will have a few options to remove the caffeine from your system. This might include either giving you activated charcoal (which prevents caffeine from going into your gastrointestinal tract), or a laxative to wash the contents out of your stomach.

Alternatively, if you need to cut down your daily caffeine intake (which this may seem like sacrilege), perhaps swap that morning coffee for a decaf… or buy a smaller mug!

Hopefully these notes will help you reap the benefits of caffeine without overdoing it to the point that it becomes detrimental to your performance and health. 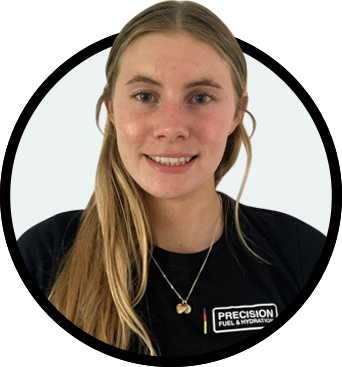