How to train smarter as you get older

As a passionate student of endurance sport, I've often heard about the changes that take place as we age, both in body and mind. Now as I hit the ‘twilight’ of my competitive career, I find myself reflecting on the sum of nearly two decades in multisport in an effort to understand how best to blend experience and ability.

On the one hand, I ask myself the age-old question: “What advice would I give 21-year-old me?”. And yet conversely, I think my younger self would actually have some reminders for 37-year-old me...

What can you learn from your 21-year-old self?

I started cycling, running, kayaking and swimming during university. Back then training and racing was less about metrics, pre-planned structure or sponsor expectations. It was all about feel and simply thrashing myself in an effort to be better in training and racing.

Virtually every session I did back then left me with DOMS (suggesting I was probably in a continual state of over-reaching). But what that training did do was teach me to tolerate pain. I still wonder what my power or heart rate numbers must have looked like back then, had I measured and recorded them.

I averaged 339 watts the first time I did an IRONMAN race with a power meter. Still the highest I think I’ve produced when racing over 180km. People told me for months following that it was "massive power". So I started to believe the hype and haven’t managed to meet or exceed it since.

The point I'm trying to make is that data can both empower and restrict our preconceived beliefs about what is possible. Perhaps some advice my 21-year-old self might offer me now is: just get out there and go on feel. If you feel good on a given day, smash it. If not, just take it easy.

Of course, I would've some counter arguments for this to challenge my younger brain, but there’s plenty of space for this mentality to exist. The day I averaged 339w, I passed Luke McKenzie, Mike Phillips and Luke Bell (all multiple IRONMAN winners) and went on to win the 2017 Challenge Wanaka triathlon in record time.

Something else I reflect on is equipment. Earlier in my career I didn’t know much about gear and would simply purchase a bike or kayak if the price was right. There was a special buzz that came from passing bikes that were worth ten times more than mine, but above all it showed me that physical ability is still the major contributor to performance. Obviously there came a point where my ability (and financial circumstances) improved to a point where equipment became more conducive to success, but only in that order.

Of course, for all the insights my younger self would want to impart, I’d like to think my subsequent 20 years of experience would prove most worth listening to. I’ve seen technology and sport science evolve and benefited from many mistakes, set-backs and harsh lessons along the way.

I suppose I’d love to take my fresher legs, fearless attitude and youthful enthusiasm from 2007 and blend it with my experience-based wisdom, physical resilience and improved understanding of endurance, but that would probably involve the use of a time machine (which sport science is yet to bring to the table).

How to train smarter

I’ve been guilty over the years of explaining to anyone who is willing to listen that “I have to do a hard run today and a long ride tomorrow”. The truth is, I choose to do this. I’m actually very fortunate to do what I do and some days it just doesn’t appeal to run, ride, swim or kayak. But it doesn’t change the fact I’m doing something I’ve made a conscious decision to do.

Back when I started, it was just for fun and feel-good vibes to go running or cycling. Somewhere along the way, the wording surrounding training/racing began to change. I’ve noticed in the past couple of years that language matters and when I talk about what I choose to do rather than what I have to, it really does create a powerful mindset shift away from resentment towards a sense of ownership, accountability and gratitude.

When studying what successful athletes do, I often see a deliberate polarisation in their training. Once upon a time I would train 1-3 hours a day at a similar effort almost every day. While this makes sense for general health or in early season/base phase, it won’t create meaningful shifts in performance across a season.

Experience has taught me to scatter easier days into a week and surround them with key training days where volume and intensity step up a notch. My training looks very different now to fifteen years ago, but this is likely the most notable difference.

Rather than 1-3 hours every day, you’ll now see less than an hour on some days and in excess of 4-5 hours on other days. This is where overload and recovery take place in a more effective and complimentary manner. Of course 4-5 hour days would have probably killed me when I was 21, but that’s where years of consistent training helps build resilience to the miles.

What proves most effective to a masters athlete is different to a teenager. Likewise, what would challenge and change my fitness to best effect in 2006 is different to now. After so many years in the sport, my general endurance runs deep and is much more dependable than ever.

However, as we know things like lean body mass, Vo2 max and even tolerance to the heat decline with age. Thankfully these are all declines that can be offset (and even avoided to some extent in certain contexts) with the right approach to training.

High intensity interval training (HIIT), resistance / strength training and heat acclimation protocols are all examples of proven methodologies that can be of particular value to athletes who have made it ‘over the hill’ (generally considered after the age of 35-40).

So, while I still value my long run and bike ride, I know the real performance opportunities come when I pay special attention to things like speed, intensity, lifting weights and plyometrics. In essence, I’ve come to understand that training later in life and with history in the sport should look different to fifteen years ago.

Invest in your body

While I’ve been largely fortunate with injuries over the years, I’ve certainly had my share of tendon flare-ups, joint impingements, pulled muscles and sprained ankles. What experience has taught me is that our body responds better to proactivity than reactivity.

Endurance sport is catabolic in nature (meaning it breaks tissue down). So, strength training in the gym, yoga and massage have all been increasingly important features in my week thanks to their restorative effects as I’ve developed an understanding and appreciation for what my body needs outside of the training itself.

When it comes to the very broad topic of recovery, it all starts with sleep and nutrition. If we get enough sleep and eat enough good food, we’re a very long way to optimising our ability to recover and adapt around training stimuli. This gets even more important as we age!

Finally, when I reflect on the meandering journey endurance sport has taken me on, I realise it was all going to be OK.

With the internet and social media nowadays, we’re easily overwhelmed with information and training advice. I’ve gone from a carbohydrate-centric approach to an LCHF approach then back again (for the record I now see carbohydrates with high certainty as friend not foe!). When I look back on the many mistakes and lessons learned, the major takeaway for me is to try not to overthink it.

Go out and move your body, fuel well and enjoy the process as much as the desired outcomes. I now ask my athletes to consider the journey when they set their goals. If the reality of the impending training journey and lifestyle doesn’t excite you, perhaps the goal needs to be reassessed.

Life is too short to do things you don’t feel drawn to. The simple acts of running, cycling, kayaking and swimming have largely brought me peace, joy and happiness and in retrospect, that is the main point in all of this.

So while I would love to blend the youthful vitality and raw enjoyment of my formative years with the resilience and wisdom of my ageing self, I know that isn’t how it works.

So, I'm left with something of a juxtaposition. I need to be smart and thoughtful in how I train and compete, whilst acknowledging that ‘simply doing’ takes us a long way in the endurance world. 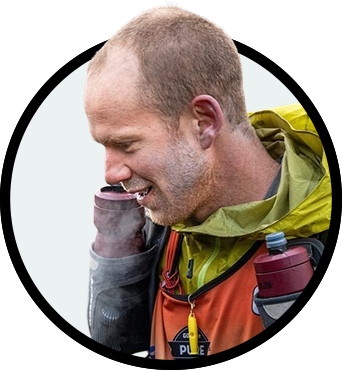